When to See a Doctor for Bug Bites 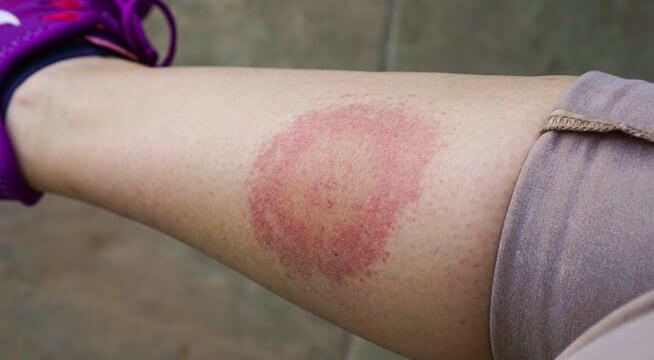 Bug bites are usually nothing more than a nuisance, of course, but in rare instances, they can turn into something dangerous. We have had a warmer winter than normal, and although Spring is still a ways away, there are more bugs out than normal this time of year. Here are some signs that your bite may need medical attention as well as some simple tips to protect yourself.

When bug bites are accompanied by severe bruising, swelling, or pain, those are signs that you may need to get medical help. This is especially the case if swelling spreads substantially beyond the site of the initial bite.

There are even some instances where a person will need to get to his or her nearest emergency medical facility, such as when a bug bite results in:

After you or a loved one gets bitten or stung by an insect, keep your eyes peeled for signs of a major allergic reaction. If a person is severely allergic to the chemicals in an insect bite or sting, they will go into anaphylaxis, often within the first few minutes of contact with the insect.

Symptoms of anaphylaxis include:

Anaphylaxis can be deadly, so administer an epinephrine pen, have your loved one take over-the-counter antihistamines (if they can still swallow) and call 911 right away.

The majority of anaphylaxis patients will recover in the hospital thanks to epinephrine, IV-delivered antihistamines and cortisones and oxygen masks. Future reactions can be avoided through allergy shots or venom immunotherapy.

Most people are preoccupied with the discomfort of a bite or sting and forget that bugs can carry some nasty diseases as well. Just like you wouldn’t want to get bitten by a sewer rat or pecked by a pigeon, you don’t want to let insect bites and stings go unmonitored, especially if you start to experience more severe symptoms.

These are a handful of the most common diseases carried by insects in the U.S.:

Lyme Disease: Lyme disease is transmitted by blacklegged and western blacklegged ticks, often in the eastern and northern US. Symptoms include a large red “erythema migrans” rash shaped like a target, with a red ring developing around the red bite. If Lyme disease progresses, patients can develop fever, muscle and joint pain and even paralysis.

Fortunately, Lyme disease is very treatable with antibiotics. You can prevent Lyme disease by dressing in long-sleeved shirts and pants before heading outside. You should also inspect yourself carefully for small ticks and remove them after spending time outdoors, as it usually takes three or four days for the disease to transfer to humans. These steps are quite important, as there were more than 35,000 confirmed and probable cases of Lyme disease in the U.S. in 2016, making it the most commonly reported vector-borne disease in the country.

West Nile Virus: This viral disease is most often transmitted by mosquitos who have fed on infected birds with high concentrations of the virus in their blood. Scientists have not yet developed a vaccine or antiviral treatment for West Nile virus, so doctors primarily help patients by prescribing medication to ease their symptoms.

Luckily, 80 percent of people do not experience any negative symptoms at all. However, twenty percent can develop fevers, chills, aches, fatigue, and digestive issues that clear up with time. Less than one percent develop severe neurological problems, and of these patients, around 10 percent die.

Rocky Mountain Spotted Fever: This serious bacterial disease is most often transmitted by American dog ticks, Rocky Mountain wood ticks, and brown dog ticks. Those who are infected will develop a fever, headache, or digestive problems soon after being bitten. As the name suggests, many people start to develop a red or purple spotted rash as the disease progresses. Unlike other insect bites, the rash isn’t usually itchy.

Rocky Mountain spotted fever is treated with a course of antibiotics, usually doxycycline, that kill the Rickettsia rickettsii bacteria. If you develop the above symptoms, it’s important to get to a doctor as soon as possible. This disease can cause major organ damage, blood vessel damage to the point of needing amputation, and in some cases, death.

Most insect and bug bites will not become infected if you stop yourself from scratching and don’t pop any blisters. However, that’s easier said than done, as our immune systems tend to overreact and cause swelling and inflammation at the site of a sting or bite.

You can typically tell if a bite or sting is infected by the duration and location of the reaction. In a typical bug sting or bite, the reaction will be localized where the bug made contact with you. If it’s spreading much further than that – around 4 inches or more – this could be an indicator of an infection. The reaction should only last a few days or a week or so at most if you have a history of mild allergic reactions to bug bites. If it lasts longer, you may need additional treatment.

If you are experiencing increasing amounts of redness, itchiness, and pus, it’s best to get antibiotic treatment for an infection. Try not to wait until you have a fever or swollen lymph nodes, as this is a sign the infection has spread throughout your body.

Open wounds can result from picking and itching at the sting or bite. When the tissue is disturbed too often, it can die and become “necrotic tissue.” Unfortunately, necrotic tissue cannot heal itself and therefore cannot grow and cover the wound. It is also more susceptible to harboring harmful bacteria that could slow healing.

To fix a serious open wound, doctors perform a procedure known as skin debridement where they separate the dead and damaged tissue from the healthy tissue using scalpels, dressings, chemicals, or other means. Once the necrotic tissue is removed, healing can begin again.

Get Your Bug Bite Treated at Complete Care

If you’ve developed concerning symptoms after being bitten or stung by an insect, it’s important you get medical care right away. At Complete Care, our medical providers will give you the attentive care you need at this distressing time and explain your treatment options so you are confident in managing your symptoms.

The providers at our urgent care facilities, emergency rooms, and hospitals can treat allergic reactions, rashes, fevers, wounds, and any other symptoms caused by a bite or sting. Visit one of our locations to receive the quality care you need today.